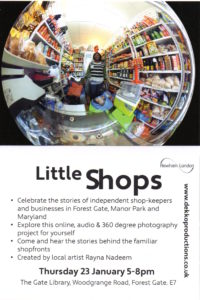 For the last 2 years, in between digital projects, I’ve been working on a new series of artworks, and I’ve decided to produce and sell 2 of the designs in a special limited print run.

These colourful, hand-crafted collages are my own creations, made by a process of repeatedly cutting and reassembling over and over again. I’ve used imagery and cultural artefacts collected over the past 25 years, including old magazines, cinema and nightclub flyers, postcards, tickets, letters, leaflets, wallpaper, applied paint and card.

If you’d like a special card, they can work for any occasion – birthday, anniversary, or an alternative Christmas card. They are blank inside and come with envelopes wrapped in cellophane and are A6 in size. 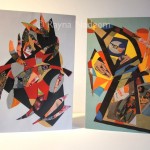 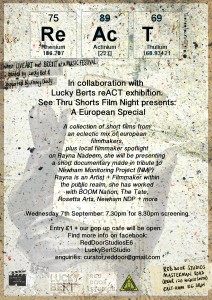 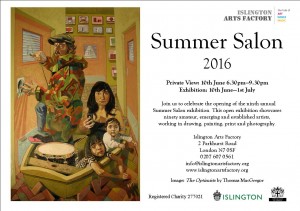 Shooting at ‘The Broomway’ in the wild sands of Essex, making a short film and music video for our musician friends ‘The Joy of Living’. 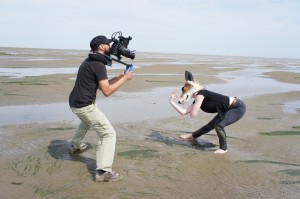 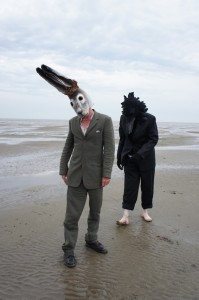 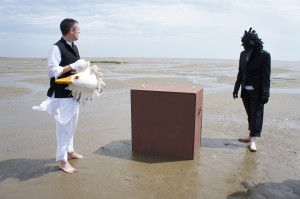 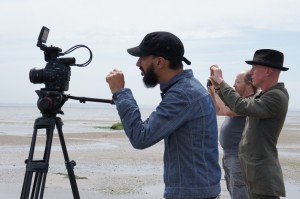 This summer 2014, we’ve been working with The Brick Box on ‘It’s a Canning Town Thing’. A visual mapping project where people pinpoint and describe their special places in the area.

We were also commissioned to make a short film for them highlighting their A13 Green project; an urban village green transformed into a community activity and events space every Friday. https://vimeo.com/107800573 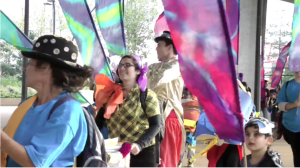 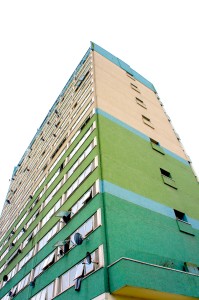 Making some films with the kids at Newham Woodcraft this summer. Past, Present and Future are the themes. 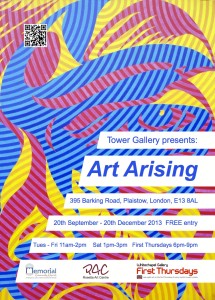 Some work in the Art Arising exhibition at The Tower Gallery, E13.

Summer 2013 and Dekko has been making a film for Newham Monitoring Project titled Still Keeping The Fight Alive, an organisation that fights racism and injustice in East London. It was funded by The Vodafone Foundation ‘Make a Difference’ awards. The film will commemorate NMP’s 33 year anniversary. 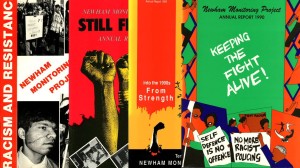 A detail from 1 of 4 large photo panels exhibited throughout Newham The work portrays Newham residents infront of their favourite places within the borough.
Now showing as part of Art Arising, Tower Gallery, 395 Barking Rd 20 Sept- 20 Dec. 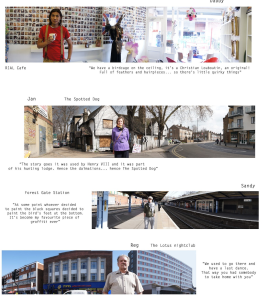 In 2012 Dekko worked on a year long audio visual arts project It’s a Newham Thing supported by The Olympic Lottery and Arts Council of England and commissioned by the regeneration charity Newham New Deal Partnership. As well as working with 25 local residents to record audio stories and capture photos about their relationships to their special places within the borough, we also designed, produced and distributed 12,000  printed maps. 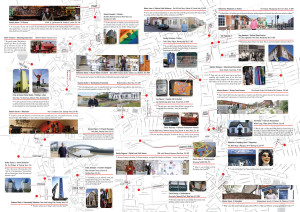 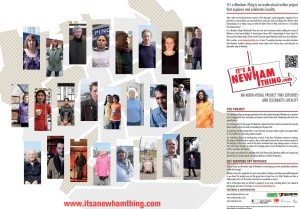 The project also conducted community outreach workshops encouraging local people to respond to their own favourite places through our giant travelling map and Get Mapping Page . 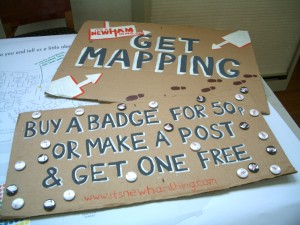 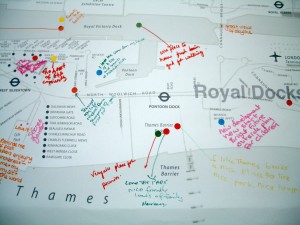 After giving a presentation to some University of East London arts and media students in the summer, some of the film students decided to interview Rayna about working in the creative industries and being part of the UEL alumni
http://www.youtube.com/watch?v=B4blrxb7D9g 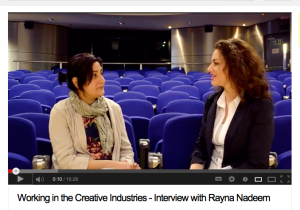 http://www.youtube.com/watch?v=-KhMj6p21dUThe Case for Aid.
Stuart produced this short comedy film What Has Aid Ever Done For Anyone? to highlight the case for Aid for Save The Children. It managed to go viral and reached over half a million hits! 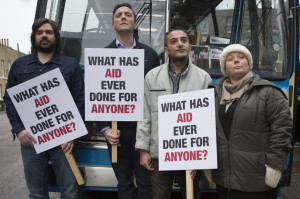 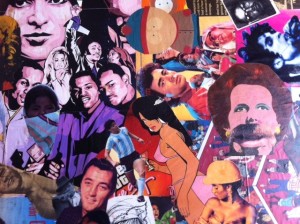